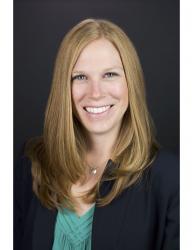 Beth Kean is director of Choral Music at LCCC, where she teaches courses in Music Education, Aural Theory, and Piano Class. She also directs the Collegiate Chorale, composed of students and community members, and the select small vocal ensemble, Cantorei. While at St. Olaf College, Kean sang under the direction of Sigrid Johnson, Dr. Robert Scholz, Dr. Gerry Hoekstra, and most notably, Dr. Anton Armstrong and the St. Olaf Choir. During her two years in the St. Olaf Choir, Kean sang throughout the United States and internationally.

Kean served as the Wyoming State Wyoming Music Educator's Choir vice president from 2015-2017. Her duties included the hiring and selection of the Wyoming All-State High School Honor Choir in January 2016 and 2017. She has also served for the past several years as the Wyoming American Choral Director's Association secretary/treasurer for the state where she helps organize events and workshops for choral directors in the state of Wyoming.

Prior to her time at LCCC, Kean spent two years teaching elementary music, and seven years teaching high school choir in Cheyenne. Several former students have been selected to state, regional and national honor choirs, including performances in the Kennedy Center, Washington, D.C. and the Grand Ole' Oprey House, Nashville, Tennessee. Kean has presented workshops at state ACDA meetings, conducted the University of Wyoming summer music camp choir in 2015, and has conducted and adjudicated state festival events for the past 4 years. She was the 2013 recipient of the Weiss Outstanding Wyoming Choral Music Educator.